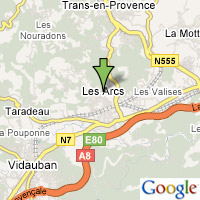 Les Arcs is situated above Bourg St Maurice in the Tarentaise valley and boasts an enormous amount of skiing. Linked to La Plagne via Paradiski in 2004 it is now one of the largest ski areas in the world. Split into several levels Les Arcs is growing all the time and already caters for all levels of skiers and families. There are areas where you can escape the crowds in Les Arcs 2000 but for others who want great apres ski Les Arcs 1800 is a good choice.

Transfers to and from Les Arcs are available 24 hours a day, 7 days a week.

Airport transfers to Les Arcs can be booked online at alpeslimousine.com or contact us direct on 0033 4 50731938.

Local Les Arcs taxis can also be arranged on request only or by email at info@alpeslimousine.com

Our recommended accomodation and ski services are:

Need help with your booking?

If you have any questions or want to send us a message, please use our contact form or telephone.

Located in the town of Evian Les Bains in the Haute Savoie area of France near to Geneva and surrounded by popular ski resorts and tourist destinations Alpes Limousines offers a dedicated taxi and chauffeur service all year round. Whether you are here on holiday or for business, Alpes limousines will meet your requirements and surpass your expectations with our discreet and efficient services. Book Online for our best prices!

Home | About | Our Fleet | Book Your Journey | Destinations | Contact